Truths behind Investments in Gold Trading

Understandably, the popularity of gold is mainly due to its role in jewelry-making. But many people aren’t aware that this type of precious metal is likewise important to investors because it can be used to store wealth. In fact, lots of investors believe in its superiority over paper currencies.

However, the price of gold has deteriorated way below its peak in 2011. More so, it has made a huge drop through 2013 and even lower in the following year. Its price has become steady though since then in order to avoid increased interest rate in the U.S. which will keep it subdued. 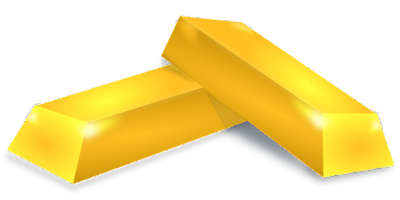 The lowered prices of gold have been feared to lead closure of mines, but producers just lowered the costs instead of shutting down operations. No shortage in gold was reported though. As a matter of fact, there are top gold producing countries in the world that was reported in 2014, including Australia, China, and Russia.

Two of the top consumers of gold around the world include China and India. However, they were just slightly below the numbers they made in the previous year. Nevertheless, India has been forecasted to remain on top among gold consumers worldwide in the coming years.

When it comes to prices in the gold market, supply and demand play a major role. Due to possible price manipulation, potential investors need to be aware before venturing into this type of business.

Fortunately, key players in the gold market have addressed this issue. Hence, a plan was implemented to fix the issue on price transparency. Despite the fact that banks need to collaborate to set the prices, it has become easier to do electronically. Good thing China has now gained a spot in the roster, proof that gold trading at some point has shown some improvements.

Investing in gold can be a favorable advantage to those seeking to invest in a solid market. Although prices are lower than expected, interest in this precious metal has shown to be strong worldwide. Simply take note of the cyclical nature of the gold sector. Therefore, even after suffering with low prices of this precious metal in the past years, the current trend predicts its eventual rise in the near future.